The Czech Republic can be a strange place. Maybe not as strange as Romania (more on that another time), but strange.

I still think it every time I see brains, hearts, or kidneys at the butcher shop. 🙂 Someone has to be eating them…

One thing I still find strange is tourism around ossuaries. These are chapels full of saved bones. There’s a UNESCO Heritage one here in CZ called the Sedlec Ossuary (Kostnice), which, according to Wikipedia:

is estimated to contain the skeletons of between 40,000 and 70,000 people, whose bones have, in many cases, been artistically arranged to form decorations and furnishings for the chapel. The ossuary is among the most visited tourist attractions of the Czech Republic – attracting over 200,000 visitors annually. 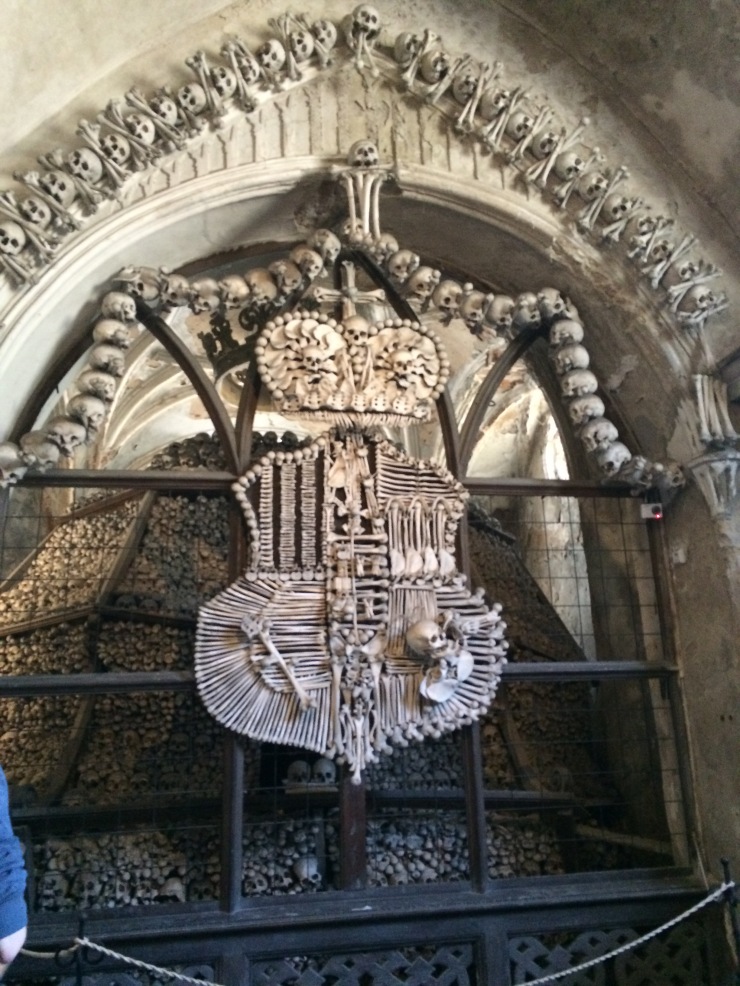 Okay. That is kinda cool.

I went to Kutná Hora on a sunny spring day with my British friend Jeremy. It’s about two hours away from Tišnov and a great day trip. 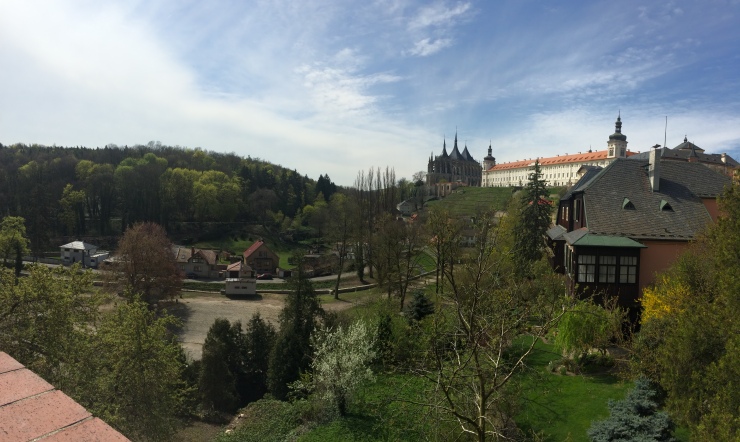 Kutná Hora is surrounded by greenery and full of wide lanes. An especially wide street leads to St. Barbora’s Church, which is large, Gothic and intimidating with its flying buttresses. 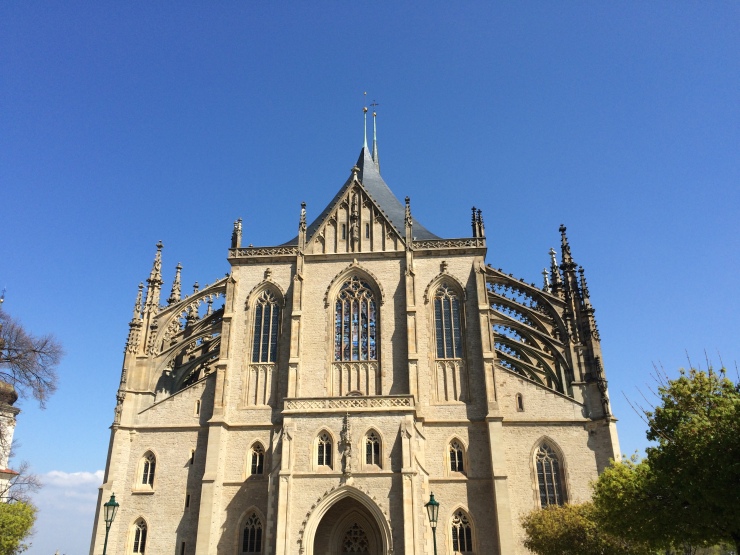 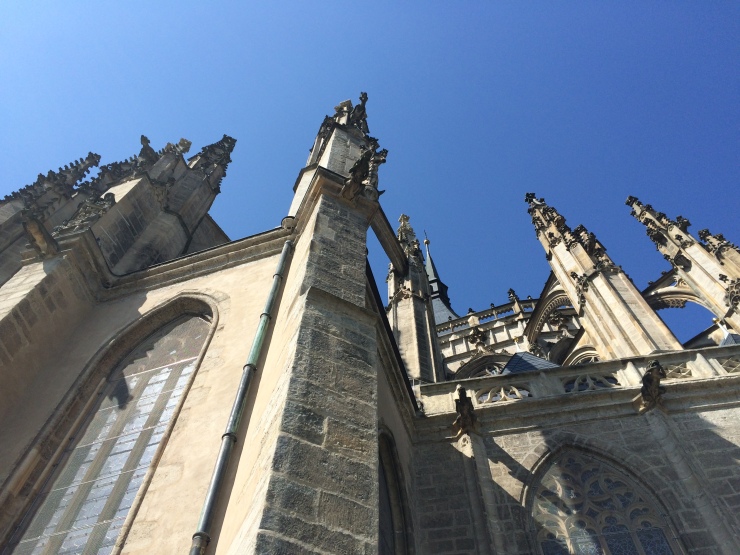 We had a lunch of game goulash in a fancy Czech pub with high ceilings, wooden panelling and old paintings, and made a stop after in the Czech Museum of Silver. Kutná Hora was a prized part of the Bohemian kingdoms for its silver mines. The town museum also has an interesting collection of medieval weapons, bureaucratic stamps, locks and coins.

After having a couple ice creams (it was warm by then), Jeremy convinced me to go to the ossuary, a little bit outside of the city.

You can find it under the Cemetery Church of All Saints in Sedlec, a suburb of Kutná Hora. It’s a 90-czk entrance fee, a short stairway down and… 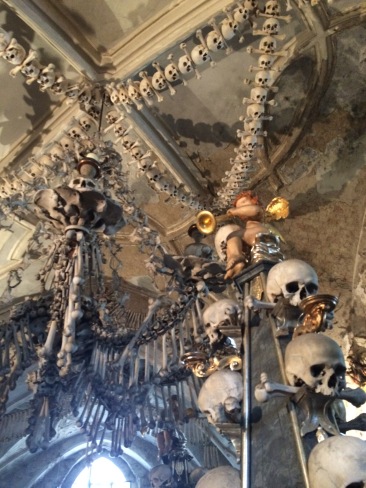 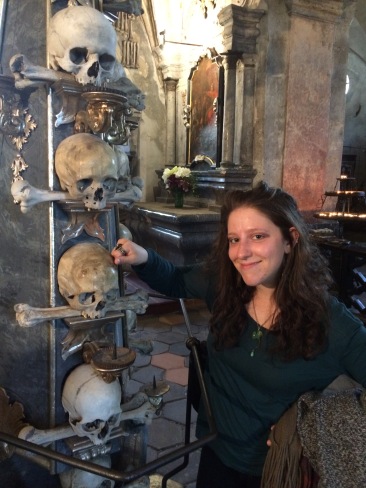 They had an abundance of bones after the Black Death. I guess you need to get creative to stay positive after something like that.

Although I shudder to think of the people those skulls used to belong to, it is really cool  how they decorate the ceiling with them, making arches almost as if in a palace. And how they made a cello with the bones! If they were going to keep them, it was really intelligent and resourceful how they thought to use every part. They even have a chandelier that uses at least one of every human bone.

I had to take a photo with my new “friends.” You know, to pay honor to their memories and all…

What do you think of ossuaries? Is Sedlec more cool or more creepy?