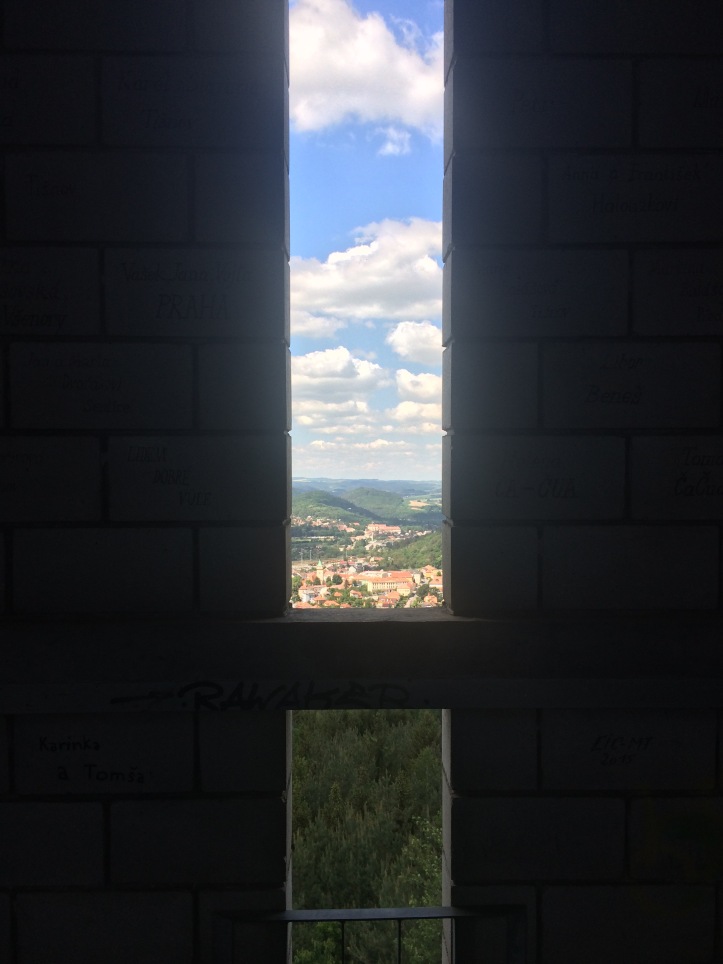 Looking for a new musician to listen to this summer? Try out Regina Spektor, starting with her songs “Summer in the City” and “Small Town Moon.” These two ideas will be dueling in this post. (Side note, “Summer in the City” is a very common name for great songs, including also The Lovin’ Spoonful’s and Joe Cocker’s.)

Czech has an interesting word we don’t have in English – městys. I never knew til coming here that words like “village,” “town,” and “city” were so relative. Here, villages can be 50 people… or even 3 (so I’ve heard). I grew up in a TOWN of 25,000. Here in Tišnov, a town can be even Tišnov’s 8500 or so people, though it’s officially considered a městys, which I would translate as “small town” but which many people argue is a huge accomplishment. (I learned the hard way that I should never call Tišnov a village. No matter what a big head I have from my upbringing in NYC.) As far as towns go in CZ, Tišnov is quite “large.”

To see it all from above, you’ve got two options: go up on the small hill Sychrák at sunset, or take a 30-minute hike to the lookout tower on the larger Klucanina hill:

On that note, here are some of the best things we have in Tišnov this summer.

The 10-degree beer has been around for a while, but the sit-down brewery is new. It’s a small place but the beer – they have five kinds, as shown on the blackboard – is top notch. I especially loved the 20-degree Porter Coeli (based on the historical nearby monastery Porta Coeli in Předklášteří), which is dark and caramelly, but not too sweet. (Beer should be listed as in degrees, not percent alcohol, in CZ. That sign is lying hardcore.)

U Palce (popular pub with a garden) and Na Humpolce

U Palce is a Tišnov institution. In the last few years when the owner proposed closing it to build new housing, a protest movement (that’s rare) shut down the idea. But like I’ve said, there’s not much Czechs won’t do for their beer.

It’s also newly smoke-free inside based on new Czech laws! Until recently you could barely see your friend through the smoky haze on weekend late nights.

The summer garden, where concerts are hosted, is a favorite gathering place. In the picture below, Ha-Kapela, another Tišnov institution and the band in which my boyfriend plays alto saxophone, plays their yearly summer concert.

I also love the historical and recently renovated Na Humpolce for their great food and rotating craft beer selection, especially IPAs and APAs from Clock and the Czech-but-American-style Frankie’s.

What could be better than open-air cinema on a warm summer night, the smell of popcorn wafting around you? There are sometimes other connected events; for example, a charity clothing swap, happening at the same time. 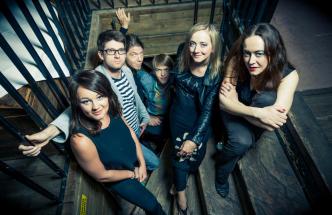 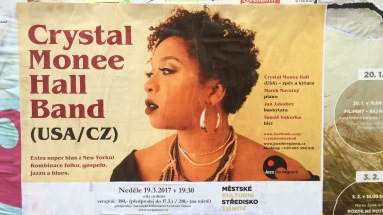 Our culture center does an incredible job recruiting talent – Czech and otherwise – to our small town. I love every event I have seen there, including Prague a capella group Skety (left) and Crystal Monee Hall Band, headed by a wonderful singer who infiltrated CZ’s every nook and cranny with her amazing soulful voice!

Everyone needs to cool off. There’s quite a large swimming pool which is often totally packed. I’ve only been there a few times, but anyone who spends summer here can see the necessity. Nuff said.

If all else fails, go to Předklášteří for one of the best coffee shops in Czech Republic

It’s no secret I’m a coffee enthusiast. I am also a coffee shop enthusiast. I’ve visited all of the few we’ve got in Tišnov, and I really like Diana (for their homemade pastries and good coffee) and Pohoda (for their décor and name, which means “peace”). Still, it’s really special for me to occasionally make the 30-minute walk to the neighboring village for my favorite, Cukrárna Cherry (cukrárna means they make pastries, cakes and other sweets there). Visit it after a trip to Porta Coeli!

It’s set up like a “fairytale café,”and there’s seating inside and outside. Outside you can sit in the cool breeze inside wooden carriages or next to a number of interesting totems with funny faces. There’s also a bike rack and tools to fix your bike.

Everything is homemade and absolutely delicious, but in my opinion especially the huge and rotating selection of pralines. I’ve had such ones as salted caramel, walnut cream, plum raisin, and champagne. It can be nice to overlook the greenery 🙂 plus they have absolutely beautiful cups (which you unfortunately can’t see well in this picture).

And that, ladies and gentleman, is your key to the “city” I call home. 🙂

What will you do in your town this summer? 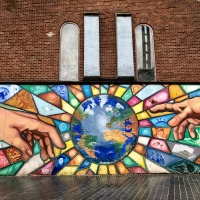 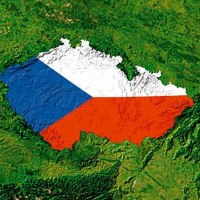