When you go to visit or live in another country, it’s important to know what you’re getting into. What are the people like? What can you expect?

When I first came to Czech Republic, there was definitely. some. culture shock, and I will write another post about some culturally Czech things that I found/still find strange as an American.

In the meantime, here are some of American tendencies that I realized could be strange to Czechs.

Two stereotypes, at least, are true: we are very friendly and very patriotic.

I love this clip from “How I Met Your Mother” where Barney and Robin compete to see what people in the bar will chant. Barney starts with “USA! USA!” and everyone joins in, but they are not as welcoming to Robin’s “Canada! Canada!” However, Barney proves his point when the customers also chant “Shrimp fried rice! Shrimp fried rice!”

On the other hand, Czechs are not very patriotic people. I may even be a more patriotic Czech resident than most people I know 😛

Not saying “Bless you” after someone sneezes is considered weird or rude. I found it strange that very few Czechs seem to understand this phrase when I say it. 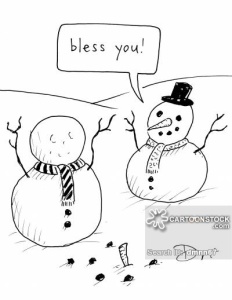 When people are upset in the US, they sue. We even have court shows, like “Judge Judy,” about civil cases. You have probably heard about the infamous “hot coffee” incident, which wasn’t actually as silly as it seems. A famous lover of lawsuits? Donald Trump.

Note: If a person fell from a high place but there was no sign, their family might sue. I love the Czech/European mindset, which is “If you killed yourself doing something stupid, you deserved to die.” Americans would never see it this way.

We often say “How are you?” as a greeting, and not with any real desire to know how someone is (except if we are close with that person). Ironically, we easily open up about our private lives, even with strangers. Unlike Brits, we have no problem talking about our opinions on life, love or religion. Also, we must always look happy when meeting an acquaintance.

We have different ways of being polite. Yeah, I know, you Czechs are so cool with your tykat and vykat. Fine, we don’t have politeness baked into our language, but that doesn’t mean it doesn’t exist! Even simple requests must be said very politely if you don’t know someone that well. For example, we use language like: “Could you… if you have time… and if you wouldn’t mind… I wouldn’t want to bother you…”

An interesting example includes one of the first full sentences I learned in Czech, which was “Už můžu dostat oběd?” I wanted to ask the lunch ladies in the school cafeteria. If you translated it literally into English, you would get something like “Can I have lunch already/yet?” which would be an extremely rude thing to say.  We might say instead, “Is it possible to have lunch yet?”

Super is a common adjective in Czech. In American English, no one says that something is “super” unless they want to sound like the most old-fashioned parent. We use “super” to make an adjective even better- for example, “That t-shirt is super awesome” or “Your mom is super cool.”

The Czech system of “inviting” someone for coffee or a beer still intimidates me. As a “polite” American, I’m never sure if they actually mean it or want to do it. I would refuse, but my refusal is always refused.

But wait- I said I’d hold off on the Czech culture for another post! In the US, it’s not very common to pay for someone else. When friends go out to eat, people are very serious about paying only for what they got. (Sidenote: In the US, we must figure out the bill ourselves. We don’t have a server come to us and tell us exactly what we owe- which honestly is a way better system.) If a friend just got a promotion (more money at work), they might pay, or if a friend has a birthday/special news, someone might pay for them.

Paying is never expected. If you want to show an American you are paying for them, you would not “invite” them. You would say “I’m buying,” “I’ve got it,” or “It’s on me.” And if you want to buy the whole table drinks, you would say, “Next round’s on me” (click for HIMYM clip). Another sidenote: Don’t confuse invite (pozvat) and invent (vymyslet) in English! 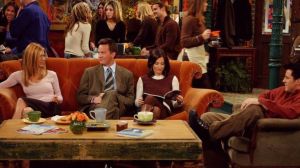 When I say I’m full, I actually mean it. Americans are generally not shy about asking for more food when they want more. For some reason, all the Czech moms and grandmas seem to think there’s a vast conspiracy and I have never actually eaten enough. Result: nearly exploding after every meal.

Americans sometimes claim to know things that we don’t in order to save face. For example, New Yorkers will pretend to give you directions even if they don’t know where a place is exactly. This is not universally true though; as my experience in Chicago shows, sometimes Chicagoans will give you directions they genuinely think are true, but results in you walking for an hour in the wrong direction, only to realize you had originally been 5 minutes away in the right direction.

Chicago is a grid, and you never know if something is on the West or East end of a street!

To return to the point, it’s embarrassing for Americans not to know something. We have to know everything. Every American band, every American movie or film star. I know it’s weird, but I prefer to say, “I’m not sure” or “I may have heard of it” instead of “I don’t know.” I’m not always lying, but… sometimes I am.

Americans naturally prefer to stand slightly farther away from each other than do many European cultures or Israelis. I sometimes feel intimidated by people being so close to my personal space if I don’t know them well. I have even taken a step back just for the other person to (unconsciously) take a step forward. It’s a difference in cultural standing distance.

So yeah, we will talk to you about our intimate lives within 5 minutes of meeting you, but we will usually not stand that close to you. Some Americans are huggers even with strangers, but many are not. If we are good friends, though, you can’t avoid the hug 😉